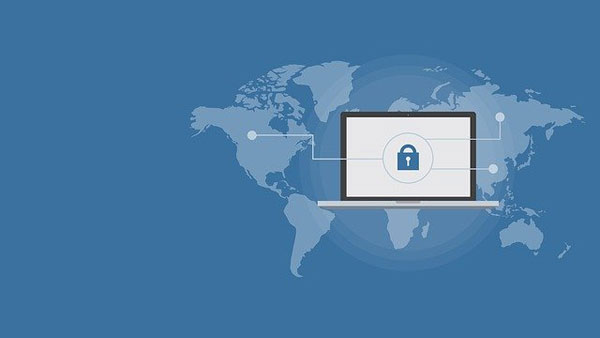 If you have a business, whether it’s online or offline, it will come under a number of threats from various sources. From the largest Fortune 500 companies’ right down to the mom-and-pop stores, no business is safe from these attacks. The reality is, the number of threats out there are so numerous, it’s impossible to protect your business from them all.

For example, if you take a peek at the biggest antivirus companies, we can get a glimpse into the large number of malicious files that they detect in a day alone. In many instances, in excess of 400,000, and that’s just one company.

But there are many threats out there besides malware. There are many different kinds of network vulnerabilities and cybersecurity threats that exist, that cybercriminals are always looking to exploit in order to steal sensitive data from your business.

It’s not uncommon for a business or an individual on a network to ignore the “update available” pop up that appears over the various programs they may use in their day to day activities. And despite the fact that such an update may take no more than 10 minutes to complete, many would rather not lose that time. Updating ones computer system is a hindrance for a lot of people. However, in the long run, it’s a nuisance that could potentially end up save a business on a lot of lost time and money, in the future.

The best approach is to devise a schedule for regular updates. That is, just one day out of the week for the IT team to carry out checks and complete available updates and security patches. This will ultimately end up saving a company big.

A DDoS attack works by inundated a network system with so many requests that it eventually shuts down. For most organisations, they are at the very least, aware of this potential threat, and how common they are in the online space. However, over the years DDoS attacks have become more sophisticated, making it far more challenging to overcome. And as we look at the current threats for this year and those to follow, we can say DDoS is one of such threats that must be addressed.

DDoS attack which stands for Distributed Denial of Service Attack is one of the oldest kinds of attacks. The idea behind it is fairly simple, as previous mentioned, it works by overloading a server with requests, which causes it to temporarily crash.

One of the most notable DDoS attacks occurred in 2018 and it was to GitHub. This is one attack type that can be said with authority, will exist in the near future. So, you should do your utmost to monitor incoming traffic and work with your IT team or cybersecurity vendors to implement solutions that mitigate these kinds of attacks.

As each year passes, we witness an increase in the number of ransomware attacks. This is a verifiable reality that is only increasing as technology becomes more advanced. And despite all the awareness towards it, these attacks become more aggressive and more advanced.

With the use of advanced AI technology, these new sophisticated ransomware attacks are capable of evading even the most advanced malware detection software, spreading across an entire network. We can expect these attacks to be a menace for the next couple of years. For this reason, its recommended people stay very alert for these kinds of attacks.

Though it can be rather difficult to prevent ransomware attacks, due to the increasing number of cybercrimes, there are measures you can take to mitigate these attacks by ensuring your backups are all up-to-date, and include sensitive application and system data. That way, if you were to fall victim to one of these attacks, you’ll be able to get your systems back up and running, as soon as possible, without having to give in to the cybercriminal.

Anthem, in 2015 fell victim to a huge data breach by cybercriminals that affected over 78 million people. In July of 2015, cybercriminals were able to break into the Health System’s computer network belonging to UCLA. This gave them access to the personal information of over 4 million patients. Healthcare records can contain very sensitive and important information about patients, making them major targets for a lot of hackers, as they are readily used in identity theft. In most cases, people will use stolen healthcare data for health insurance fraud or when selling or buying fraudulent prescription drugs. To protect yourself, you’ll want to monitor any data breaches that involve healthcare services – just in case.

SQLI or SQL injection is another relatively common attack type that we can expect to continue for the rest of this year. This attack type works by cybercriminals injecting SQL code into back-end databases in order to gain access to the information contained on them. The kind of data that can be stolen may include private customer details.

In order to protect yourself from these kinds of attacks, it’s recommended that you implement some form of intrusion detection. For example, there’s IDs, which is designed to detect unauthorised access into any system. A router and firewall can also be used together. Taking validation of the user-supplied data is another excellent suggestion. For instances, you could have codes that are used to identify any illegal inputs. Such a validation system will prove most helpful when it comes to validating whether or not a supplied input should be allowed.

Identity theft is, unfortunately, one of the fastest online cybercrimes. Many of the vulnerabilities mentioned in this article, up to this point, are capable of leading to identity theft, data breaches and phishing emails. Despite that, your identity is vulnerable to other day to day materials, such as home address, resume, videos, social media images, financial data and more. A cybercriminal will steal your personal information and use it to apply for a credit card or loan. While it may not seem like it, there is in fact, a lot that you can do to protect your identity.

Uchenna Ani-Okoye is a former IT Manager who now runs his own computer support https://www.compuchenna.co.uk.

Samsung would take the lead in chip production

Find the Right Sewing Machine for You: A Guide