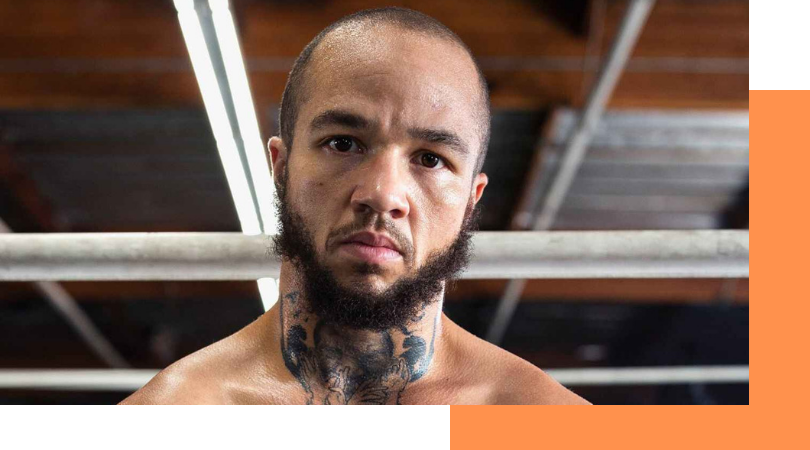 Breaking barriers at the age of 34, Patricio Manuel from Santa Monica, California, has made history twice in less than a year. He became the first professional boxer in the world who identified himself as transgender. On top of that, he competed in a fight and won, to begin with. This superhuman did not stop here, and went on to make history yet again by signing to be the face of the iconic boxing brand, Everlast! He took a position that was earlier held by legends like Jack Dempsey, Canelo Alvarez, and Sugar Ray Robinson.

Everlast is an American sporting goods brand. Conceived in 1910, by 17-year-old Jacob Golomb. At first, he came up with the idea of designing a swimsuit that is good for more than a year and hence named the brand, “Everlast” (The one we have been seeing in almost all iconic boxing fights on our TV channels). Many legendary faces have thus far represented this brand, and Patricio Manuel is the newest one in the lot. In a statement from the company itself, Manuel is now part of its fresh lot of “trailblazers”. Yes, trailblazers! They include a family of Mexican immigrants who happen to be amateur boxers, an amputee fighter alongside Manuel. Look them up online if you seek inspiration as I did. Moreover, if your internet is being bratty, check spectrum internet prices to make an affordable switch if you need.

However fancy this may sound, the path to reaching this point must have been anything but easy. Manuel once quoted that he had to risk everything he knew or had to get the chance to fight as a male boxer.

You must have heard or watched the iconic bout in Indio, California in 2019. What made that fight specifically important? With that 12-minute conquest, Patricio Manuel became the very first openly Trans man to have competed in a professional boxing match in U.S history.  It was a hard-earned joy for Manuel after having stepped into the ring for the first time in high school and falling in love with it right away. Ever since that day, he wanted to fight in the ring as a professional boxer. He set his eyes on this goal, never to look back!

Manuel started his boxing career as a female competitor, almost a decade ago in the 2000s. He grew into the game ever since and won 5 amateur boxing competitions on the national level. In 2012, he competed for the Olympic trials as a woman but was eliminated regrettably, owing to a shoulder injury.

He realized that he was living a lie when he got the time to reflect while going through the recovery of his shoulder injury. Once the realization hit him, he found out that he wanted to identify himself as a man. However, it took him another year to conclude taking medical assistance in transitioning his body.

He once admitted that he kept juggling back and forth for a while but he did not want to be unfaithful to himself. He exclaimed that by delaying the transition he was doing more harm to himself than anyone else. In delaying, he would have to compete in the female division, which is what he did not want for himself.

It was not soon but he finally realized that he needed to give it a go and take this risk for the last time. Moreover, this wasn’t just any other risk, the procedure might cost him his boxing career – a sport he revered the most.

During the transition, he not only had to lose his prior identity but he was let go from his gym, his coach left him, and he lost quite a few friends. However, all these losses and the process only made him fight better than ever.

He said that no matter if you are Trans, what your goals are, or if you are an athlete or not, the dreams we hold close to ourselves come with huge costs and we have to bear them all to reach the final reward.

However, he says that those challenges have made him stronger than ever and he is not there yet. He still has a long way to go with his eyes set on the next goal.

He still preaches the idea that you have one life to live and that you must live it with the least amount of regrets possible. Cheers to this man’s courage!